La Frontera is a documentary that exposes the violence of organized crime along the border and also represents CJM’s work through the empowered voices of maquila workers, community leaders, and board members. It includes interviews with El Mañana newspaper reporters; Father Francisco Pellisary of the Immigrant House “El Nazareth” in Nuevo Laredo; and Gustavo de la Rosa, Veronica Leyva, and Nuestras Hijas de Regreso a Casa in Cd. Juarez. 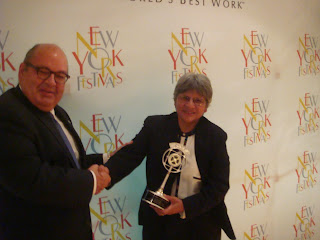 CJM Executive Director Martha Ojeda:
On behalf of Colm McNaughton, the ABC national radio broadcasting network in Australia, and the Coalition for Justice in the Maquiladoras, I would like to thank the New York Radio Festival for the Silver Medal Award, given to “La Frontera” radio documentary under the social issues/current events category.

I would also like to thank the international solidarity which makes our work possible but especially all the supporters in Australia that enabled me to attend this event and the honor of accepting this award for Colm. Of course special thanks are due to Colm who vindicated the freedom of speech in Mexico by taking the risk and having the courage to put in the spotlight the challenges that people on the US/Mexican border face every day.

On Colm’s behalf I want to dedicate this award to the many people whose lives are represented in this documentary. They include the hundreds of women in Juarez and all along the northern border of Mexico who have been murdered, tortured, and disappeared with impunity and injustice. This award is also dedicated to the more than a million maquila workers who face exploitation and discrimination on the assembly lines of the multinational corporations in the free trade zones. Many workers now also face the fear of not knowing whether they will return alive from work. I am thinking here of those maquila workers who were attacked with grenades and bombs and massacred while the bus was driving them home after work in Juarez and recently in Reynosa Mexico.

This award is also dedicated to all those unknown undocumented people including women and children who were sacrificed, massacred and buried in common graves by the organized crime in San Fernando, Tamaulipas and Durango.

I also dedicate this award to all the innocent children who have died in the crossfire between the army and the drug cartels. In Mexico now children in kindergarten and elementary school have to learn to throw themselves on the floor in order to escape the shootouts before learning their ABCs.

This award also is dedicated to the nearly 35,000 innocent victims who have been killed in the last few years because of the federal government’s ineffective and disarticulated strategy fighting organized crime. After countless confrontations between the army and the drugs cartels the only result is an out of control situation and thousands of victims.

But especially, I want to dedicate this award to Roberto Mora, the Director of el Mañana newspaper in Nuevo Laredo, Mexico who was killed in 2004 and to the other reporters of El Manana who were kidnapped, tortured, disabled and disappeared like many others throughout Mexico for doing their work with dedication and passion. 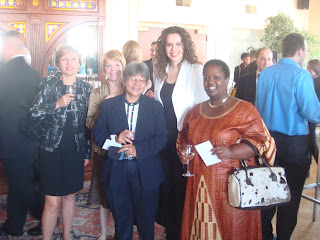 In order to understand what is happening in Mexico, we need to put together all the pieces of the puzzle and “La Frontera” radio documentary does that. The situation in Mexico now is very complex because there are many factors and actors involved and we can’t address these issues as isolated or blame just one protagonist or factor. We need to put together the good, the bad, and the ugly in order to see the big picture.

We know who are the good are—the innocent victims. And we know the bad ones--the cartels, because we see them in the scenario. Everybody blames the drug cartels and organized crime because they are the actors that we see on the front lines provoking the violence and killing our loved ones. But I also think that they are just a consequence of a social decomposition that has been created by many other ugly actors and factors that are behind the scenes, and we need to expose them: among the actors are governments, politicians, political parties, and multinational corporations. Among the factors are corruption, impunity, lack of jobs, opportunities, and education.

NAFTA and free trade opened the doors for goods, drugs, laundered money and weapons. The corruption that has long prevailed in Mexico now has been extended across the border. Now the US Congress is investigating the Alcohol, Tobacco and Firearms Department (ATF) in the US, which was involved in illegal gun trafficking through the Fast and Furious operation, where more than 2,000 machine guns and weapons were given to the cartels in Mexico. The US and Mexican governments signed the Security and Prosperity Partnership and Plan Merida to militarize the country and then blamed each other because of the increased insecurity and the lack of effective strategies for combating organized crime. Despite billions of dollars invested in this war, and despite building a wall along the border and increasing the number of officers to “watch” the border, “the insecurity crossed the border undocumented.” In Texas, a common grave with 25 bodies, including children, was recently found, and many border patrol officers in el Paso and Arizona have been found to be involved with the drug cartels and aiding them to cross drugs, money, and weapons. 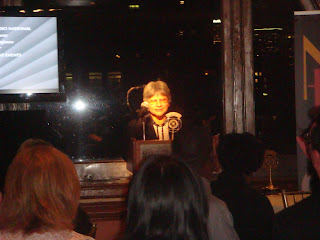 NAFTA, CAFTA, the Security and Prosperity Partnership (SPP,) Plan Merida, Plan Colombia: everything is connected, as well as the US gun and weapons industry, local governments and politicians; extending and multiplying the pattern of corruption and impunity. Unemployment, poverty and immigration have increased, and yet we are waiting for the jobs and economic growth that were promised. Instead we have out of control violence, curfews, and a gagged freedom of speech.

I thank Colm for taking the risk to bring what people are living every day on la frontera into the global spotlight and vindicating freedom of speech in Mexico but especially for doing so in a way that puts together all the pieces of the puzzle, including the good, the bad and the ugly in the big picture.

The media and freedom of speech has been gagged, censured and silenced in Mexico, but not by the government as used to be the case, now it is being done by organized crime and government impunity. This is not just an issue of a violation to civil rights or to freedom of speech. The situation is beyond that. It has aimed to undermine peoples’ power to fight for social change. One way that a society can be transformed is through the media and radio broadcasting. These are powerful tools that circulate knowledge in communities through the news and other programs. Once people get that knowledge they can organize and develop international solidarity for social change. This is what “La Frontera” is doing in spreading the word as are all of you attending this Festival who are on the radio in every corner of the world. 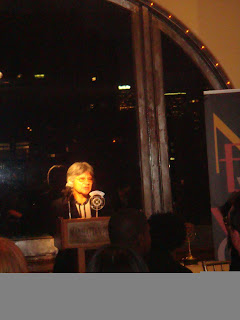 We know there are some communities that do not have access to computers or cell phones to use facebook or twitter but they do have a radio, and through radio broadcasting we are transforming the world into the place that we all dream it can be, a world with justice and dignity.

So thanks, Colm and also Daniela and the ABC national radio broadcasting system in Australia, and all the supporters in Australia that made it possible for me to attend this event on your behalf, and especially those worldwide that make possible CJM’s work supporting workers and communities to defend their rights and to improve their lives. Thank you New York Radio Festival for this Silver Medal Award and thank you to every one for the work you are doing worldwide.

Martha
Posted by Coalition for Justice in the Maquiladoras at 10:42 AM

Coalition for Justice in the Maquiladoras
The Coalition for Justice in the Maquiladoras (CJM) is an international, non-profit, non-governmental organization committed to democratic processes and coordination. CJM is composed of organizations and inviduals in Mexico, the United States, Canada and other countries strategically linked to the struggle to defend workers' rights in the maquiladora industry in Mexico. CJM has members in Latin America, including Central America and the Caribbean, as well as other regions. Members represent organizations from faith, labor rights, environmental justice, community-based, women's rights and immigrants' rights groups, as well as other sectors. Our goal is to work together to guarantee equality of opportunity for all, while being sensitive to the diverse cultures involved in CJM, as well as the need for pluralistic representation, and respect for the autonomy of CJM member groups.

Do you consider that social justice is responsability of?